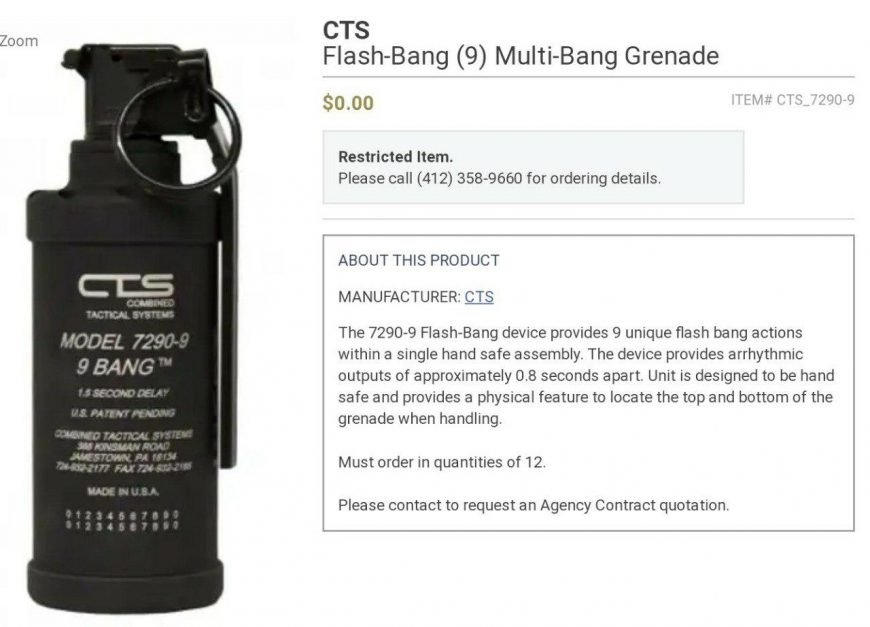 There are two known cases of HKPF using flashbang grenades. Once at PolyU on November 17th, and then 20 meters from the crush during the Yau Ma Tei Stampede on November 18th. The one used in Yau Ma Tei was a 9 Flash-Bang, whereas the one used at PolyU was a single flash.

Immediately after the previous clip ends, footage of the big crush in the YMT Exit A1 alley begins. It's absolute chaos. People are still trying to get into the alley from Nathan. That creates a separate pileup on Nathan Rd.

Then police throw a flashbang 21 meters away. pic.twitter.com/ci9GMkzKcW

"Cops threw something down towards the exit steps. there was a small flash and two very loud bangs – at least one landed on the steps maybe 2 metres away from me…. my eardrums were vibrating, the way they do when you’re too close to a large speaker." https://t.co/utco70I0Lw pic.twitter.com/wNCn8hDcOY

others had done investigations on things like police shootings, but we see our history of as copying what @Bellingcat does & applying it to mass protests for the first time. We hope our work indirectly inspired many other people and orgs to work on the same less than a year later

Of the 23 officers identified in these videos from last summer's protests, 8 have faced discipline, with charges being brought in some instances. Dozens remain unidentified publicly.
https://propub.li/3tJtAwT

Hey @TwitterSafety, you suspended @OSINTHK for no reason. We didn't get any email about any problems. We've emailed a request to unsuspend, but no reply.

1. Today is the one year anniversary of OSINT HK. We’ve gone mostly quiet after the National Security Law was enacted. The recent arrest of an @RTHK producer for using public domain information only confirmed our concerns about the risks of doing OSINT analysis in HK.

Last year today, Alex Chow Tsz-lok, a #HKUST student sustained severe head injuries due to a fall inside the car park in Tseung Kwan O. It is still unclear what the circumstances led to Chow's fall, why Chow was at the car park. Chow later died at the age of 22 on Nov 8

According to publicly logged ADS-B flight data, a HKSAR Government Flying Service helicopter either landed in the middle of the sea or HKSAR govt personnel flew out to the Chinese Coast Guard cutter and landed on it after their Bombardier spotter plane landed after their capture. https://twitter.com/rthk_enews/status/1316330988159397890

Police chief Chris Tang protests that #JoshuaWong is smearing his officers, saying nobody conspired to kidnap the 12 young Hongkongers who were captured at sea in August. #HongKong https://news.rthk.hk/rthk/en/component/k2/1554720-20201014.htm

A new map and timeline of the the Government Flying Service’s assistance in helping the Chinese Coast Guard arrest twelve Hong Konger’s attempting to reach Taiwan by boat shows the involvement of a GFS helicopter too. @FlightRadar24 data suggests it landed on the Coast Guard ship